On the 7th of June 2016, Svenska Dagbladet, one of Sweden’s most respected and influential newspapers, published an article about the EU’s trade barriers and their impact on Kominox.

Original article (in Swedish) is available at http://www.svd.se/varfor-ar-eu-sa-radda-for-konkurrens/om/naringsliv:debatt

Why so scared of competition?

European steel producers have lost huge amounts of money in the past few years. With their high costs and outdated production facilities, they are unable to hold their own against competitors, mainly from Asia, who during the past 10-20 years have invested aggressively in increased capacity and modern technology.

The development is very similar to what we saw in the past, for example in shipbuilding and textiles. No ships are built in Gothenburg any longer, and not many garments sown in Borås. Obviously, the steel industry does not wish to meet the same fate, and have found a strategy: Not investments and cost cuts of the kind that made Asian producers competitive, but duties and other trade barriers.

The politicians of the European Commission have become a powerful ally, although they publicly advocate free trade. Last year, a so-called anti dumping duty was slapped on cold-rolled stainless steel sheets originating in China and Taiwan. This year’s gift to the steel corporations and their lobbyists was a mandatory import license on all imported steel products. (…/…)

Since the EU already keeps full control of goods flows through the import statistics that importers are obliged to declare each month, the licenses can have no other purpose than to harass importers with yet one more bureaucratic burden. Furthermore, you do not have to be particularly paranoid to suspect that the licenses sooner or later will be followed by quotas and duties. Consumers will have to pay for the steel lobbyists’ success through higher prices, i.e. on vehicles and white goods.

Since 2002, my company represents YC Inox, a Taiwanese producer. During the years, YC have invested heavily in modern technology. The result is a model factory, so well organised and cost efficient that it ought to serve as an example for European producers. As for the market for cold-rolled stainless steel flat products, competition is fierce and margins very low. The 6.9% duty that the EU has slapped on sheets originating in Taiwan and China has basically rendered parts of our product range unsellable.

The question is, what would benefit the European steel industry most in the long run – making uncomfortable decisions now about investments and cost cuts, or leaving everything as it is, creating profits artificially by throttling the competition? To use a sport metaphor: would European football clubs benefit if Messi and Marta were to be forbidden to play in Europe? I doubt it, and I find it especially tragic that the walls are being erected under the supervision of a Swedish Trade Commissioner, Cecilia Malmström. It is indeed sad that Sweden, despite a high profile in free trade matters, actually restricts competition. 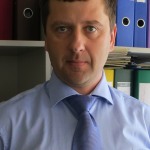 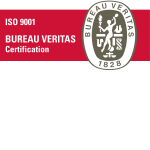 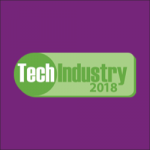 ➤
We use cookies to ensure that we give you the best experience on our website. If you continue to use this site we will assume that you are happy with it.OkPrivacy policy